While we can all enjoy the annual splendor of fall leaf colors there are other aspects of the plants and shrubs that are equally striking at this season. I am talking of the fruits and berries that accompany the turning leaves on this selection of plants described by Dan Hinkley in his article which I found on the Garden Design Magazine website.

The coloring of autumn leaves has always seemed a fascinating truncated replay of the prior months of sun or lack thereof. More rays and warmth equals more ample sugars, flavonoids, and carotenoids in foliage. And as the masking green chloroplasts disintegrate, these other pigments are revealed. Some plants are more consistent in this reward than others. 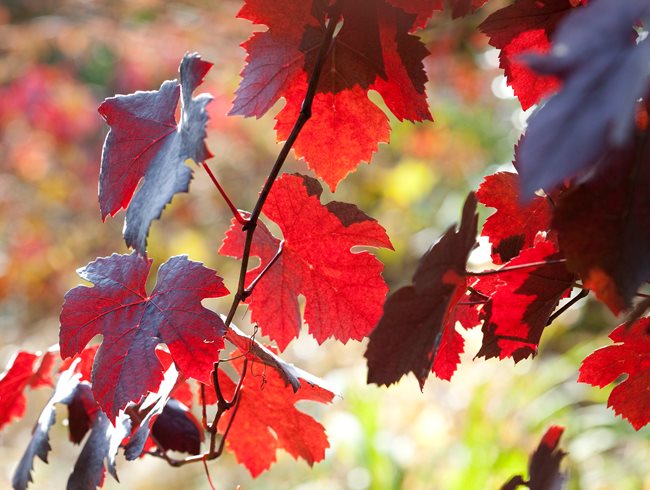 Hardy deciduous vines with excellent autumn notes are far from common, outside of the inarguably brilliant fall performance of Toxicodendron radicans (poison ivy). Several cultivars of Vitis (grape), grown on a small arbor or fence do double duty, providing fruit for the table or glass and a visual feast of claret purple long into autumn. Vitis vinifera ?Purpurea? is especially good, possessing a purple cast throughout summer and sensational autumn tints of scarlet, though its fruit is notoriously unpalatable.
The effects of autumn on fruit are equally dazzling. Viburnum setigerum ‘Aurantiacum’ (tea viburnum) consistently produces enormous crops of bright orange-red berries that remain effective until they?re consumed by birds in early winter 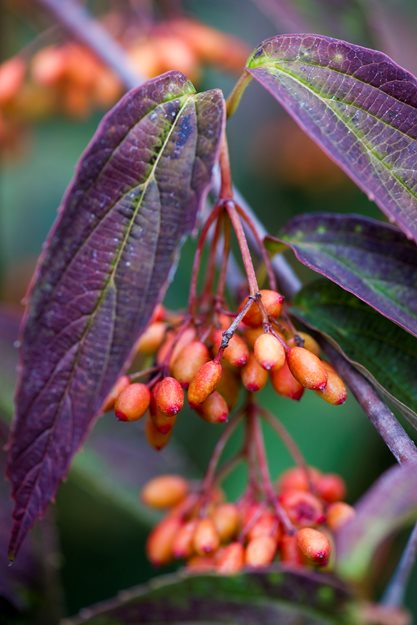 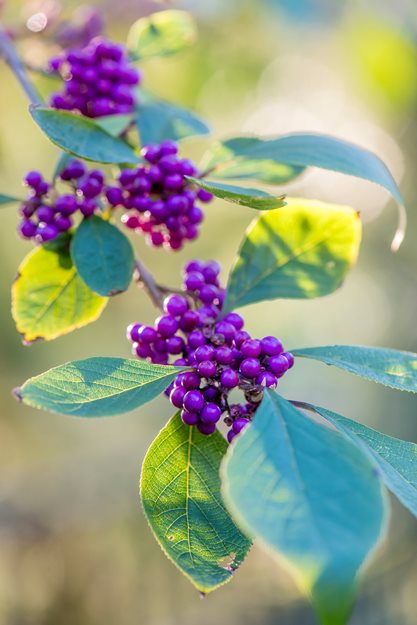 It?s beautiful in combination with Callicarpa bodinieri var. giraldii ?Profusion? (beautyberry) with plentitudes of beguiling purple fruit clustered along stems to 6 feet in height. It?s a color infrequently offered to temperate gardeners by way of fruit or flower. If adequate room exists in the garden, consider a pair of Idesia polycarpa (Igiri tree). This fast-growing tree possesses bold, heart-shape leaves that ripen to a handsome yellow, while, on female specimens, startlingly large pendent clusters of orange berries persist through much of winter. Both male and female trees must be present to set fruit.